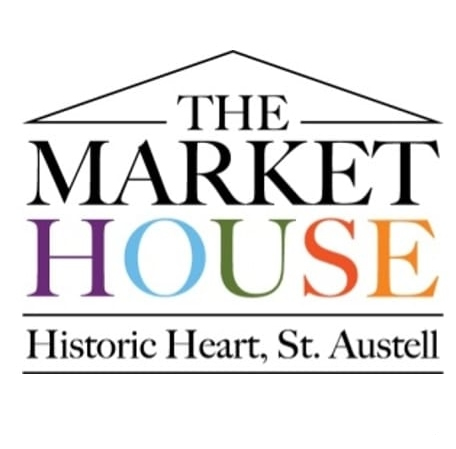 The St.Austell Market House is a Grade II listed building which houses the St. Austell Town Museum (this is not open during the winter) and a wide selection of independent shops most of whom are open 6 days a week.

The present grade II listed building replaced an earlier Market House. It was opened in 1844, designed by Cope and Eales of London and built by Olver and Sons of Falmouth, at a cost of £6,000.The building has two floors with five splendid arched windows lighting the original Town Hall on the first floor.

At one time it also housed the Fire Station and two Police cells! Stone stairs lead from a secondary entrance to what was once the Town Hall and later the Picture House.

There is a vaulted ceiling over the main entrance hall which is supported by granite pillars and from each side of the ground floor market hall where the butchers plied their trade, stone stairways lead to the gallery landing on the first floor, beyond which is a further stone paved area, probably used for general stallholders.

The Market House’s most notable feature is it’s superb timbered roof, intricately constructed from yellow pine and spanning the full width of the building. At the time of it’s construction it apparently had the largest unsupported span of any roof in Britain, if not Europe!